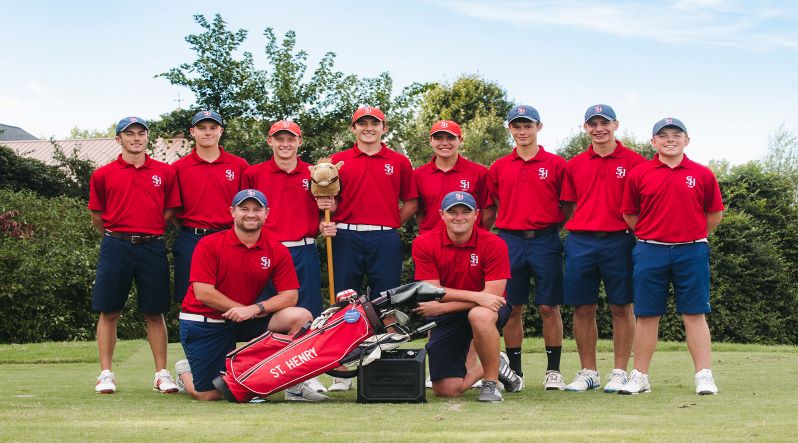 The Golf team offers Varsity and JV levels that compete with local teams and at interstate high school invitationals (including the All “A” Classic). Tryouts are held in late July with the season running from August through the state championship in October. Practices are held daily with matches typically on one weekday and on Saturdays. The team plays in several invitational tournaments before the first day of school.